Warp me fo(u)r years! (But only if I can bring my crafting kit!) 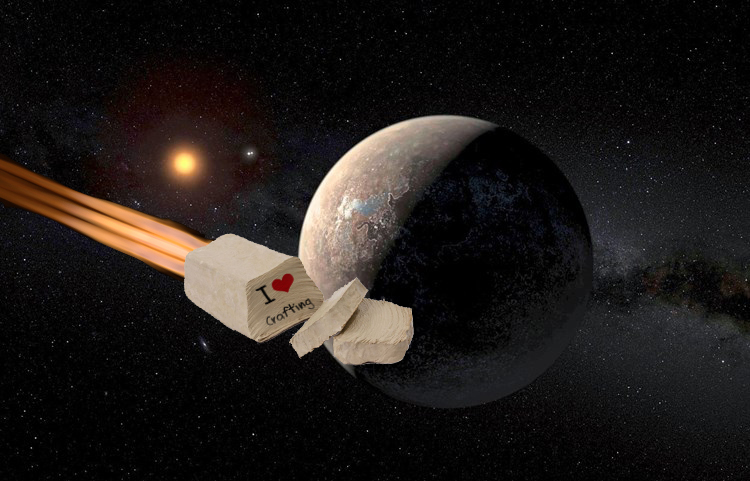 Visualization of what traveling to Proxima Centauri B will definitely not look like.

What can be achieved in four years? Well, German elementary school lasts four years. It is the time it takes to learn the alphabet, some math, riding a bike according to road traffic regulations and producing at least one skewed object made from crafting clay.

But now Dr. E. Lentz from the University of Göttingen had a much more exciting idea what to do during four years of human time. He figured out a way how we could do a little joyride over to Proxima Centauri b, an exoplanet circling the habitable zone of its star Proxima Centauri, which happens to be four lightyears away. (It’s actually 4,2 lightyears, but you get the idea).

Using Solitones, waves that move constantly without changing their shape, he calculated that we could wrap a spaceship in some sort of a warp-bubble and than shoot it into outer space with the speed of light. Big plus of the concept: peolpe inside that bubble would be aging at a similar speed as those unfortunate 8 billion people left behind on good old planet Earth.

The only minor obstacle that now has to be adressed before we can launch interstellar space tourism concepts: right now, such a journey would consume around 100 times the mass of planet Jupiter, which is by far the largest planet in our own solar system. But Dr. Lentz is positive that other scientists will find a way to reduce this energy consumption by 30 times. So we decided to continue to be enthusiastic about what destinations astronauts will travel to in the not so far future and in the meantime construct little fan-models of Alpha Centauri. With crafting clay of course.